ANASTASIA
Дизайнер интерьера – Москва
INTERVIEW
Name, where are you from?
Anastasia, Moscow.

What do you do?
I pretend to be an interior designer, also manage things, look for mindfulness.

Describe your style in three words?
Special, but unstable.
What's the best gig you've ever been to?

In 2013 I travelled around Europe attending 4 festivals. So I want to combine them in one monster-gig. The bands performed that summer were Cock Sparrer, The Business, Bad Religion, The Adicts, Agnostic Front, Madball, Sick Of It All, Judge, Perkele and many others.

If you could put any three bands in history on a lineup?

It's really quite banal, but The Doors, David Bowie and Amy Winehouse, featuring jazz orchestra.

Which subcultures have influenced you?

It sounds strange but I'd mention a lot.
Punk-rockers, mods, skinheads,
as well as rockabilly and psychobilly.
Old school/modern hip-hop and hardcore (including straight edge), also ravers, skaters and football fans. I've never perceived limits, prefer to explore, mix and put no labels. 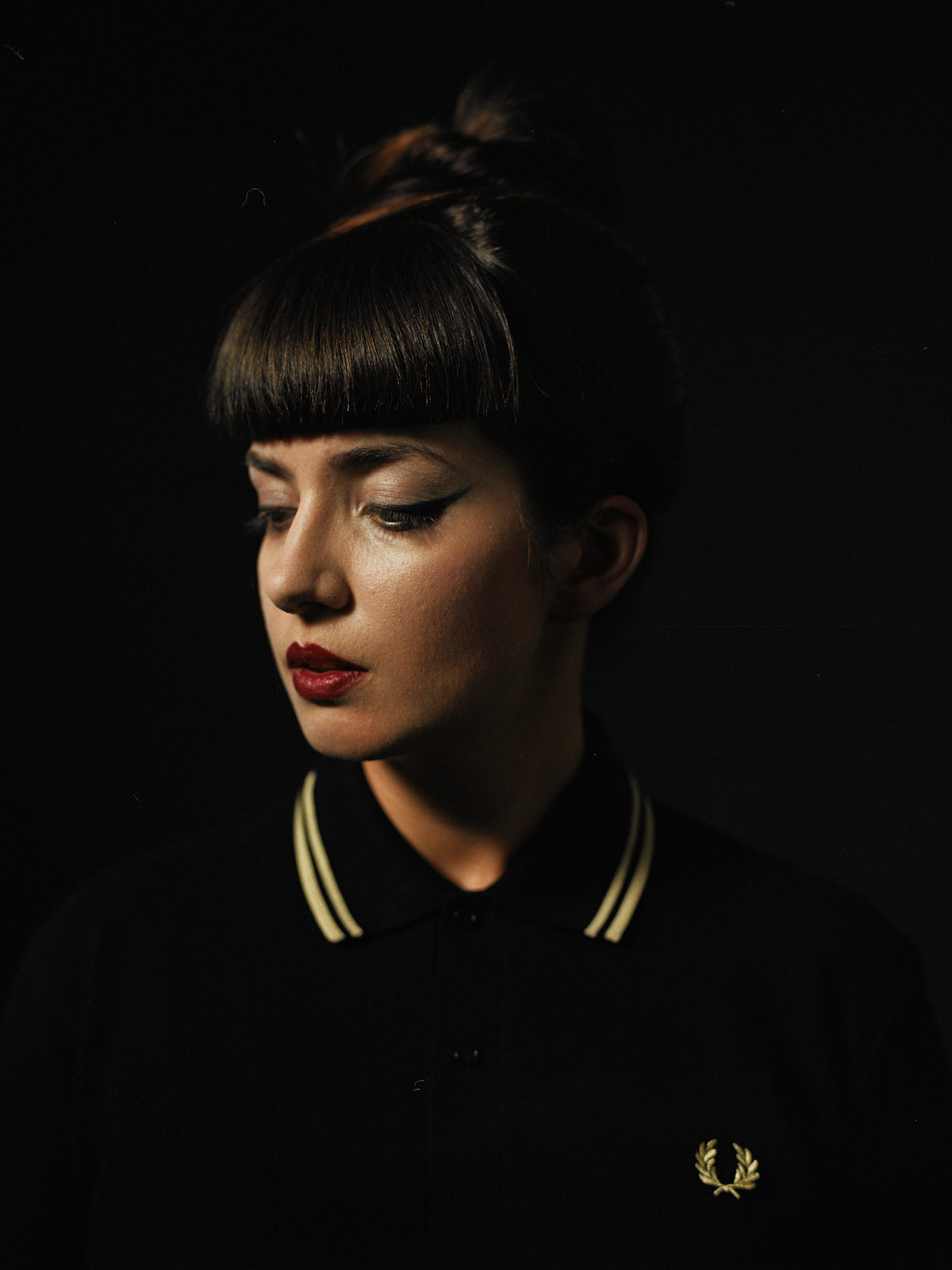 If you could spend an hour with anyone from history?
Mr Putin. I'd ask him some tough questions. What's happening in Russia is hard to ignore.

Where is your favourite independent venue?
It's very complicated to specify. Everything depends on atmosphere, people and music. If I think of some venue, events come to my mind, not places.

Your greatest unsung hero or heroine in music?
My unsung heroes in music are the guys who have developed the underground scene here in Russia. They illegally brought records to USSR from abroad during the Cold War, organised DIY shows and raves, issued vinyls and CDs, were arrested by police, beaten by hooligans, alienated by society.

PLAYLIST
NOTES
The first track you played on repeat?
It was 'California' by Mylene Farmer on cassette. In this little girl's head, she seemed to be a kind of fairy, singing magic language.

A song that defines the teenage you?
'I Against I' by Massive Attack ft. Mos Def. My teenage years were full of internal conflicts and diverse experiences.

One record you would keep forever?
'Wonderwall' by Oasis. No comments, just love.

A song lyric that has inspired you?
'You'll Never Walk Alone' by Gerry & The Pacemakers. This classic has a lot of variations, but it always cheers me - 'everything should get better'.

A song you wished you had written?
'The Passenger' by Siouxsie and the Banshees (Iggy Pop cover / Loco-Motion Mix). I'm very fond of the original by Iggy Pop, but this cover shows my temper.

A song people wouldn't expect you to like?
'C.R.E.A.M.' by Wu-Tang Clan. For some people, it can be unexpected but I started to listen to this kind of music when I was a schoolgirl.

A song to get you straight on the dance floor?
'Blue Monday '88' by New Order. Dance can be ridiculous, why not.

Any new bands you're into at the moment?
Now I'm in the process of experimenting. Trying to live without social media, I don't check new releases but listen to playlists by genres on streaming platforms: jazz, soul, ambient, techno, electronic, neo-classical music, some indie, folk, dark styles and many others, depends on my current mood. New music comes every day.